< Back to Migraine and Headache Awareness Month

28 May The History of National Migraine and Headache Awareness Month

As we celebrate the 50th anniversary of the founding of the National Headache Foundation, we are also noting that efforts to elevate awareness about headache and migraine disorders marks its 31st anniversary, and we have come a long way since then.

The drive for a National Headache Week began during the fall of 1989 in order to gain national political and public support for recognition of headache and migraine as significant disorders. Their main goal was to educate the public about the impact of headache on the individual and society.

The Foundation continued to observe National Headache Awareness Week each June. In 1993, it was observed June 7 to 13, and named actor, Maureen Garrett, as its honorary chairperson. Ms. Garrett portrayed a migraine sufferer on the daytime serial, Guiding Light. At some point, Suzanne Simons, the Foundation’s Executive Director at the time, stood in front of the Today Show studio at 30 Rockefeller Center in New York, holding a sign declaring that week as National Headache Awareness Week. The host did take notice of her effort.

The kickoff for the 1994 awareness week was announced at the annual gala on April 23, 1994. June 5 to 11 was chosen as the week to raise awareness and would be highlighted by a public education campaign featuring a series of free seminars on the topic of diagnosis, treatment and prevention of headache. The seminars were held in New York, NY; Schaumburg, IL; Chicago, IL; and Moorestown, NJ.

The first themed awareness week, “Making Headway in Headache Relief” occurred June 7 to 13, 1998. In 2000, the theme for the week of June 4 to 10 was “Reduce Migraine Impact” to emphasize the importance of patients being proactive in seeking migraine treatment. Throughout the 2000s, other headache advocacy organizations began their support and added their own creative touches to celebrating the Awareness week. For example, Teri Robert initiated an annual poetry contest to reflect the year’s theme.

The awareness week became the awareness month in 2011, with the theme of “It’s More Than Just a Headache.” By 2013, the observance was now renamed “National Migraine and Headache Awareness Month,” to encompass all headache disorders. The theme in 2013 was “Unmasking the Mystery of Chronic Headache.” That year, the National Headache Foundation asked the community to “show support, show purple” during awareness month.

Throughout the years, all hands have been on deck to increase the outreach of the observance week. Headache specialists were on hand to provide interviews, and local educational events were hosted. By 2017, declarations about recognizing the impact of headache and migraine were received from local governments as well as state offices. Organizations and individuals were applying to city offices to have buildings lit in purple for the month of June. In Chicago, many skyscrapers took on purple hues during June. Jeanette Rotondi of the Chronic Migraine Awareness Foundation was successful in gaining national recognition for what we now call Migraine Headache Awareness Month (MHAM). Many advocates have been active in their own states to gain recognition for the observance.

With the establishment of the Coalition for Headache and Migraine Patients (CHAMP) in 2017, a formalized calendar for awareness month was created for 2018. Recognition days were identified, such as June 6 to honor Veterans with headache, or Father’s Day to honor men with headache. Established dates were celebrated such as June 21 as Migraine Solidarity Day (Shades for Migraine) and June 29 as Chronic Migraine Awareness Day.

As we go forward, the efforts of the many organizations and advocates have facilitated the observance throughout the United States. For 2020, the theme is “You Need Community,” reflecting the collaboration of many patient advocates and recognizing the 50 years that the National Headache Foundation has served this community. 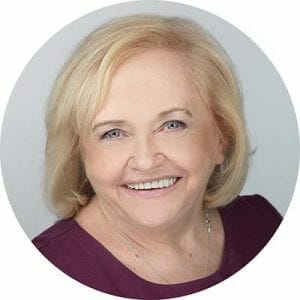