I find this to be the most interesting time of year for me to be writing this particular article. This is because of the spring flowers blooming outside right now. The flowers have special meaning to me when it comes to discussing long-awaited migraine medications. But I am getting ahead of myself…

I wonder how many people reading this have been waiting years and years for something that would help break their migraine pattern? Even worse, I wonder how many have essentially given up? I was one of those people. In some ways, I still am. I had chronic daily migraine from my earliest memory (around age 4) until I was nearly 30 years old. It caused me to have complex regional pain syndrome — a constant pain-like burning fire down to the bones of my face, head, neck, and even down my right arm. By the time I was 29, I knew I had exhausted all options, and that the pain and the nausea and vomiting had pretty much won the war.

My doctors were very focused on stimulator options. Discussion of placement varied. Some doctors recommended occipital, plus a couple in my face and forehead. I had already undergone thirteen nerve ablations and could not tolerate anymore. Around this time, a common seizure medicine had shown some promise in migraine and certain other pain conditions. I asked if I could try it. They gave it to me and told me it would likely cause such severe cognitive deficits that I would have trouble completing my Ph.D. Two weeks later, I noticed the pain in my face was ebbing and I was slightly less nauseous. A couple of months later, I experienced a pain-free day for what likely may have been one of the first times in my life.

Back to the flowers…

It was spring when I first learned what it felt like to have a migraine medicine really and truly work for me. I went to a nursery where I was surrounded by flowers and birdhouses and just a ton of overwhelmingly beautiful things. I had never been a crier, and I broke down into tears — right in the middle of the nursery. It was the first time I noticed flowers were pretty.

For me, this is the power medications can have for those of us with migraine. This article is full of new things that could be added soon to anti-migraine armories. Even if there isn’t a big breakthrough for you in the below novel therapies, it is clear that there is a new focus on the development of new migraine medications. There is more to come.

Are you someone who needs a fast-acting acute migraine medication? Perhaps you experience nausea and/or vomiting with your migraine episodes? There are a few new and interesting medications coming to us to help in these scenarios. Not every medication in this article is a new drug, some have taken medicines previously known to us and found a new mode of delivery or combined them with another medicine. This may allow us to get the drug into our system quicker, without forcing us to drink water or become more nauseous. Or perhaps it will take care of two symptoms at once. Let’s start with nasal delivery.

Previously known as INP104, this is a dihydroergotamine (DHE) nasal spray. There are other DHE nasal sprays available (like MigranalTM), but TrudhesaTM is unique because of its mode of delivery. Previous sprayer devices were pump and squirt models. The new model has the ability to make an aerosolized plume. Referred to as precision olfactory delivery (or POD technology), it targets the vascular-rich upper nasal space. POD technology allows for better drug absorption and use of a smaller drug volume. TrudhesaTM has been submitted to the FDA for review, with hopes that it will be approved by the end of 2021 for the acute treatment of migraine. This treatment should allow for rapid onset and easy delivery in case nausea prohibits you from swallowing oral medication.1,2

You know a medication is really new if it still has a strange moniker instead of a name. ST101 is an even newer medication under investigation that is not yet approved by the FDA. It is another DHE nasal delivery formulation, but this one is in powder form. The concept is similar to TrudhesaTM in that DHE is delivered in a manner where less drug is required to achieve efficacy. ST101’s mode of delivery makes it readily available to the vascular system without a volume of liquid being sprayed into the nose.3,4

Formerly known as vazegepant, this small molecule CGRP (calcitonin gene-related peptide) blocker is being developed in both oral and intranasal formulations. CGRP antagonists inhibit CGRP from doing its crucial job in the pain pathway by either binding the molecule itself or binding its receptor. Zavegepant is ideal for acute migraine therapy. It has rapid onset without the hassle of an injection, and like the other nasal sprays, it is great if you are nauseous. It appears to have a favorable side effect profile and few restrictions to its use. This medication is upcoming, as it is still under investigation and not yet approved by the FDA for use in migraine.5

This is a novel delivery method of a previously available triptan called zolmitriptan. What is new and exciting is that the technology in QtryptaTM delivers the medication transdermally through a microneedle array. This is a small patch that feels a bit like sandpaper and is placed on the skin. No hypodermic needle used. This bypasses the intestinal tract for good absorption and (again) is a good option for those with nausea. QtryptaTM is not yet approved by the FDA for use in acute migraine.6,7

This is a new and interesting medication in the pipeline that stands out from the others in its class and characteristics. It is a newly formulated liquid dose of celecoxib or CelebrexTM, a non-steroidal anti-inflammatory medication. DFN15 works a bit like super-ibuprofen, and the liquid formulation aids in its quick absorption. This allows for results in two hours or less in the treatment of acute migraine.8 This medication is not yet approved by the FDA.

There are interesting combination therapies (two medications in one) that are under investigation for use in migraine. The benefit of combination therapy is that it allows the patient to combat migraine from two separate biochemical/physiological pathways, or attack two different symptoms at once, such as pain and nausea.

This is an oral medication that combines two previously available medicines: rizatriptan (also known as MaxaltTM) and meloxicam (also known as MobicTM). Rizatriptan is a triptan and meloxicam is a long-acting nonsteroidal anti-inflammatory drug. This medication is designed so that the two drugs work synergistically (the two together are better than either alone) to abort a migraine. AXS-07 is not available yet and is still under investigation.9,10,11

This is for those who experience nausea with migraine. It is sumatriptan (ImitrexTM) and promethazine (PhenerganTM) together in one medication. Sumatriptan is a triptan for the acute treatment of migraine, and Phenergan treats nausea and vomiting. It is not yet approved by the FDA. An extra plus for this medication is that Phenergan may actually aid in the absorption of the sumatriptan.12

Ditans are another newer class of migraine medication, and we already have one approved and ready to be prescribed.

Lasmiditan or ReyvowTM is an oral ditan for the acute treatment of migraine with or without aura. A ditan is like a more targeted form of a triptan. While triptans work on both sensory nerves and blood vessels, ditans do not affect blood vessels. Therefore, they do not cause blood vessel constriction and can be safely used by people with certain cardiovascular complications. ReyvowTM has some side effects such as dizziness, sleepiness, and tingling (paresthesia). For this reason, you cannot drive for eight hours after taking ReyvowTM.13

Many are already aware of the four monoclonal antibodies against CGRP that have become available in the last few years: AimovigTM (erenumab), AjovyTM (fremanezumab), EmgalityTM (galcanezumab), and VyeptiTM (eptinezumab). AimovigTM, AjovyTM and EmgalityTM are monthly injections. VyeptiTM is an IV infusion administered quarterly. These are used for migraine prevention and are all FDA approved and can be prescribed.14

There has been some controversy about whether onabotulinum toxin A (BotoxTM) can be used simultaneously with the anti-CGRP monoclonal antibodies. Studies published within the last year show that there is an additional benefit to adding anti-CGRP therapy for patients whose migraine is not fully helped by BotoxTM therapy.15,16,17

Gepants are anti-CGRP medications much like the monoclonal antibodies; however, they differ in that they are oral medications (not injectable), and they are often used for the acute treatment of migraine. One gepant that has already been approved by the FDA and is currently available is ubrogepant or UbrelvyTM, which is an oral tablet. Another gepant, rimegepant or Nurtec ODTTM, is an orally dissolving tablet great for those who worry about nausea and vomiting. Both are FDA approved for the treatment of acute migraine and are available.18,19 Nurtec ODT was also recently approved by the FDA for the preventive treatment of migraine. Atogepant is another gepant that is under investigation for its potential as a daily preventive medication. But it is in the early stages and has not yet received FDA approval.20

I like to look at combatting migraine-like building a personalized rock wall for defense. Half of the wall is medications, half is lifestyle factors, and the mortar holding it together is your mentality. Some of us have some solid rocks on the medication side of our wall. Others have tried many and have not found any that fit. Either way, the information presented here is positive news. For the first time in history, the development of medications specifically for migraine is a priority. I was essentially at the point of giving up when I discovered my first big medication breakthrough. I’m still looking for another one. My advice to anyone is always this: never, never give up. 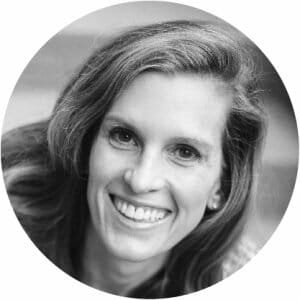